The countdown has begun! Australia’s hottest new electric scooter will be kicking off their new crowdfunding campaign through Kickstarter in just under a week.

Scheduled for a November 11 launch, the Raine electric scooter promises to reshape the way that commuters – particularly those in urban areas and major metro communities throughout the country –travel on a day-to-day basis.

Raine was formed back in 2017 by co-founder James Murphy, initially as a fun project to bring to life something that James had been dreaming about since he was 15. But with increased traffic congestion, rising petrol prices, and increased concern about the environmental impact of commuting, James realised there was an increased need for electric scooters as an alternative form of transportation.

James himself wanted an electric scooter to get him from A to B, but no other scooter on the market had the speed, range, power or style he was looking for, so he decided to do what any great engineer would do—design his own.

Bringing his mechanical design and engineering background to the table, as well as his experience as a semi-professional RC car racing business, James decided to team up with two fellow entrepreneurs to bring Raine electric scooters to life.

He first reached out to Michelle Mannering, who is now Head of Partnerships and one of Raine’s co-founders. It didn’t take her long to greenlight her participation in this new and exciting project. Michelle brings creativity, collaboration, and a passion for design and innovation to the table having recently won the Dell Young Hero Entrepreneur of the Year, as well as the Social Media Influencer of the Year award – proving herself to be an integral piece of this puzzle.

Rounding out the team is Raine’s CEO and co-founder, Marc Alexander. Marc is no stranger to launching successful products through crowdfunding sites. He launched his successful smart lighting company LIFX, through Kickstarter. Marc brings decades of experience in tech (which includes working on the development of the Apple Newton), and running successful technology and product businesses to the table.

Originally working out of James’ garage, the team have now built their first electric scooter – the Raine One. The design of the Raine One has gone through many iterations (the X-fold system alone took 12-months to perfect), and now represents one of the smartest electric scooters on the market. It’s now time to share it with the world.

As mentioned, the Kickstarter campaign will begin on November 11. The team have chosen to launch through the crowdfunding platform in an effort to get as many of the new Raine electric scooters out to the masses as possible, and at a very consumer friendly price tag. Launching through Kickstarter also has the added benefit of involving customers in the development of the final design ahead of delivery.

Everyone who is interested in learning more about the Raine One, the technology that will power these new electric scooters, and the differentiating factors that make this particular scooter stand out from the rest of the pack, are encouraged to sign up for the free email newsletter published by Raine today.

Word is getting out about these new electric scooters, and the odds are pretty good that the initial run – especially with the Kickstarter early bird discounts – are going to fly right off the shelves. It’s not a bad idea to mark down 11 November on your calendar to be sure that you don’t miss out on the early rush. Alternatively, you can register your interest on Raine’s kickstarter campaign launch page here to be notified by email. 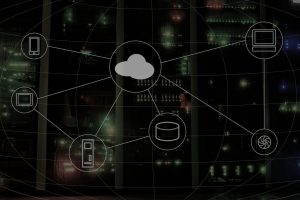 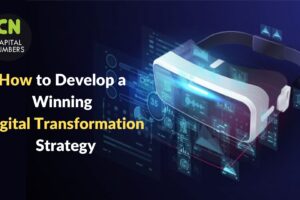 How to Develop a Winning Digital Transformation Strategy 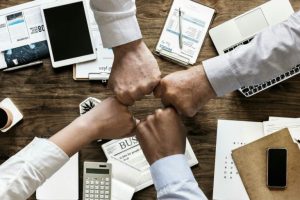 3 Tips To Help You Institute Change In Your Organization

Your General Guide To AP Automation
When should I use Bluetooth Devices?