When the EU’s new General Data Protection Regulation (GDPR) guidelines were rolled in May 2018, many businesses braced themselves for a sudden and significant impact. This includes law firms, who often hold huge swathes of data pertaining to their clients.

However, GDPR compliance remains an ongoing endeavour, and one that is continuing to have a gradual but significant impact on law firms nationwide. In fact, it can be argued that this state of affairs will never change, particularly as the laws continue to evolve in line with customer behaviour and technological advancement.

But how exactly has the GDPR impacted on law firms and the industry as a whole? Let’s find out.

GDPR and the Legal Sector – The Key Considerations

According to anecdotal evidence collated so far, GDPR has led to a marked expansion of risk and compliance teams in law firms.

This is thanks solely to a dramatic increase in workload, as the EU directive requires records of all processing to be kept and regularly reviewed. The GDPR has also made a provision that enables clients to request any personal data that you have on file, creating a scenario where law firms have to comply by collating and sharing this as quickly as possible.

Despite the seismic efforts of law firms to comply with GDPR, these entities are currently fifth on the list of sectors reporting data breaches to the ICO.

Of course, this has much to do with the sensitive nature of datasets commonly processed by law firms, as the failure to handle this compliantly is more likely to trigger complaints and turn into relatively high-profile cases.

To understand this further, let’s consider the work often undertaken by no-win, no-fee solicitors. In some instances, such lawyers have access to client’s medical files and similarly sensitive materials, and failing to protect such datasets represents a high-profile breach that’s often referred to the highest possible level.

What Next for Law Firms in Relation to GDP?

While GDPR has been relatively impactful so far, there’s no doubt that the legal industry is unlikely to see the full effects of this regulation for a while.

This is why it’s crucial that the very best firms are investing in the expansion of their risk and compliance teams, while some are also elevating this type of function and affording it a far higher profile within their business model.

This has also impacted positively on the chain of command, with most law firms having appointed a data protection officer and required to report breaches and updates directly to “the highest management level” (under the terms of Article 38(3)) of the GDPR.

Of course, such structures will need to be refined and managed carefully over time, particularly as clients change their behaviour and become increasingly aware of their rights pertaining to data.

Law firms must also monitor the ongoing Brexit negotiations, as while the GDPR may be drafted directly into UK law once the pending trade negotiations have concluded, new regulations may be rolled out over the next few years.

For now, however, firms are moving in the right direction with regards to GDPR compliance, and investing in the development of teams that can minimise breaches over time. 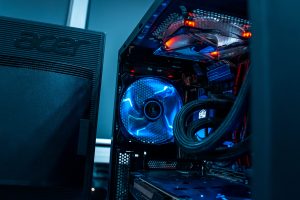 Your Guide to DoH 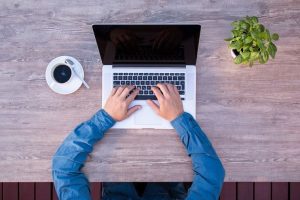 How Can I Create My Own Will Online?

Your Guide to DoH

How Can I Create My Own Will Online?

Why It’s Important To Have Life Insurance